When I set out with SpeculatorsTrading.com, I wanted to create a learning environment that would allow peers to draw from the most powerful trading methods freely available. This is the first of hopefully many tutorials explaining; market environment, sentiment analysis, technical levels, volume, and price action that can capture massive moves. This episode focuses on a AUDUSD short.
It all started on Friday February 10th, when Trump announced a phenomenal tax reform to be presented in a few weeks. His statement re-kindled the Trump Trade that was boosting USD and equity indices past all time highs for several weeks after his election, but stalled since mid December. Market participants were looking for clues to pick the pace again. The following Monday, USDJPY already rallied several hundred pips and all majors were sitting at critical levels by the end of Monday trading. It was mainly Friday’s bullish over spill that drove the beginning of the week. However, it all started to slow down at the end of Monday because FED head honcho Yellen was to testify on Tuesday in Congress. This resulted in subdued price movement in early Tuesday trading as everyone was seeking clues on her commitment and pace of raising rates.

In terms of sentiment, we were in a bullish environment after Trump’s comments. The market environment was tentative but ready for an explosive move, should Yellen make USD positive comments. Alternatively, if she would come across as cautious to raise rates in the near future, it would have little to no impact as FED funds were only anticipating a %20 chance of a rate hike in March.

Understanding all of this is incredibly important, all of the above makes one thing very clear;

Risk to reward is huge! If she makes the right noises coupled with Trumps promises, we have bullish+bullish resulting in a massive USD surge. If she is to backtrack on her commitments, we have bullish+bearish/neutral, which we gathered from FED funds is what the market was more or less pricing in. In other words, it couldn’t get much worse from here, but it can get a lot better, should she mention the risk of inflation picking up and leaving the FED behind with lifting rates.
Technically AUDUSD struggled once again to breach .07700 and it appeared to be capped at that price, solid resistance. Prior to the Fed meeting, the 4H closed as a small bearish Pinbar with increased volume but smaller candle size than the candle before (see volume analysis). Moreover, price contracted and created an Insidebar on 15m, offering an entry with a stop loss of 8 pips!

So we have bearish Price action and volume confirming selling pressure building up right before her speech. 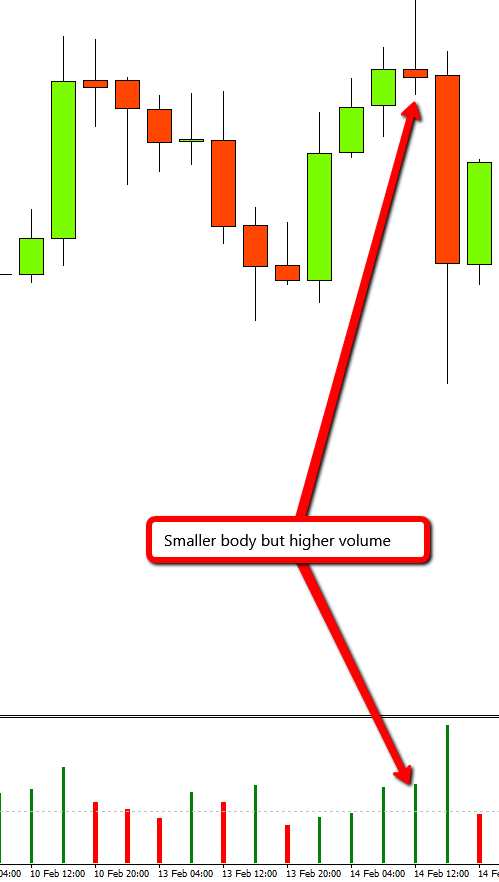 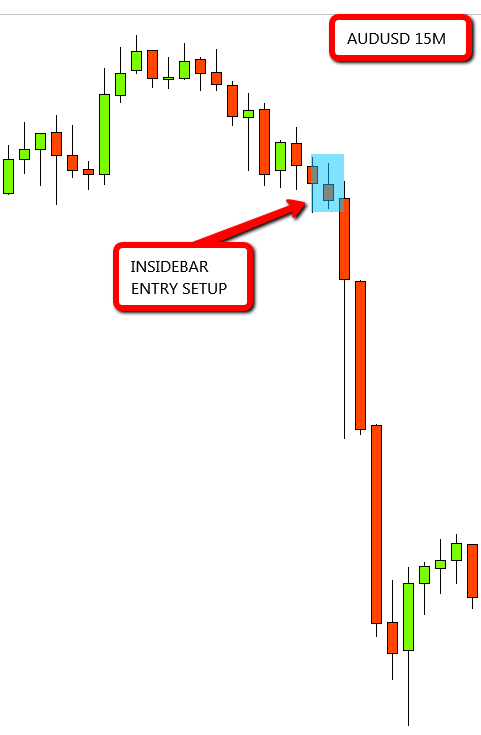 Yellen said that raising rates too slowly will result in the FED being left behind the curve and that comment made AUDUSD crash instantly. Price action not only confirmed her commitment to raising rates, but pretty much promised a rate hike at their next meeting.

This type of analysis requires daily attention to market moving news and followup on developing stories. The FX market has always a story cooking, and it is easier than most traders think to corner the market. These trade setups take time to mature, some take weeks some month but they always offer exceptional risk to reward opportunities.

If you’d like to understand market better and trade with the flow while you are full time employed consider SpeculatorsTrading 3-Month trading course.

I like to thank a very special friend for his editing skills. Whom without, this post would be unreadable and without a flow. Thank you Shyam!