Prior to these events prices always climb or drop and latch onto a level. In this article I’ll examine why it should bounce or breakout as Market once again cornered itself.

The Jackson Hole event isn’t hugely different from Sintra in Portugal. As a matter of fact it is sensible to believe that we’ll hear the same rhetoric, which is coordinated central bank tightening. That would make sense as the same big players are once again present, Draghi (ECB) and Yellen (FED).

What do they have new to report about their economies and plans ahead and moreover how will market react?

In short little has changed. Both CBs are on track to, unwind balance sheet and hike rates in December(FED), taper asset purchases in 2018(ECB). Analysts and headlines try hard to convince market that one might not happen but the other. However data is consistent with goals (inflation still a bit sluggish but stabilised) and therefore it is reasonable to expect more or less the same outcome. Minus Draghi, last time in Sintra he said : deflationary pressure has been replaced by reflationary forces”. This sent Euro soaring, this time however he won’t possibly have anything major to add which suggest a Euro dip and surge at a later date.

US 10year Bond stalled at resistance more or less the same level back in June at Sintra.  See Chart below; 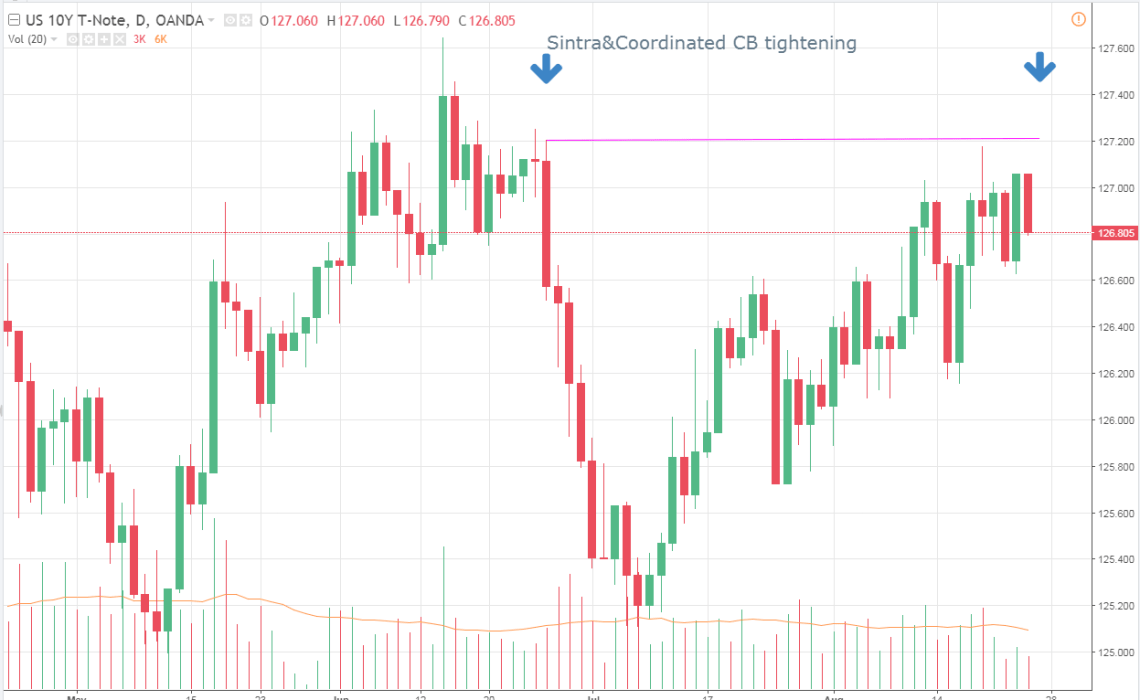 The outcome last time was a clear Bond selloff, which sent USDJPY soaring. Technically we are at resistance and for market to pop up it needs the FED to scale back on it’s goals. Which we examined has little credibility.

The DXY chart has stalled at a 2 year long support level. Again in order for this level to break we need a substantial backtracking from the FED, which is none evident. At the same time it’s hard to believe that Draghi has anything hawkish to add at the time being, which should keep seller off of USD. See chart below; 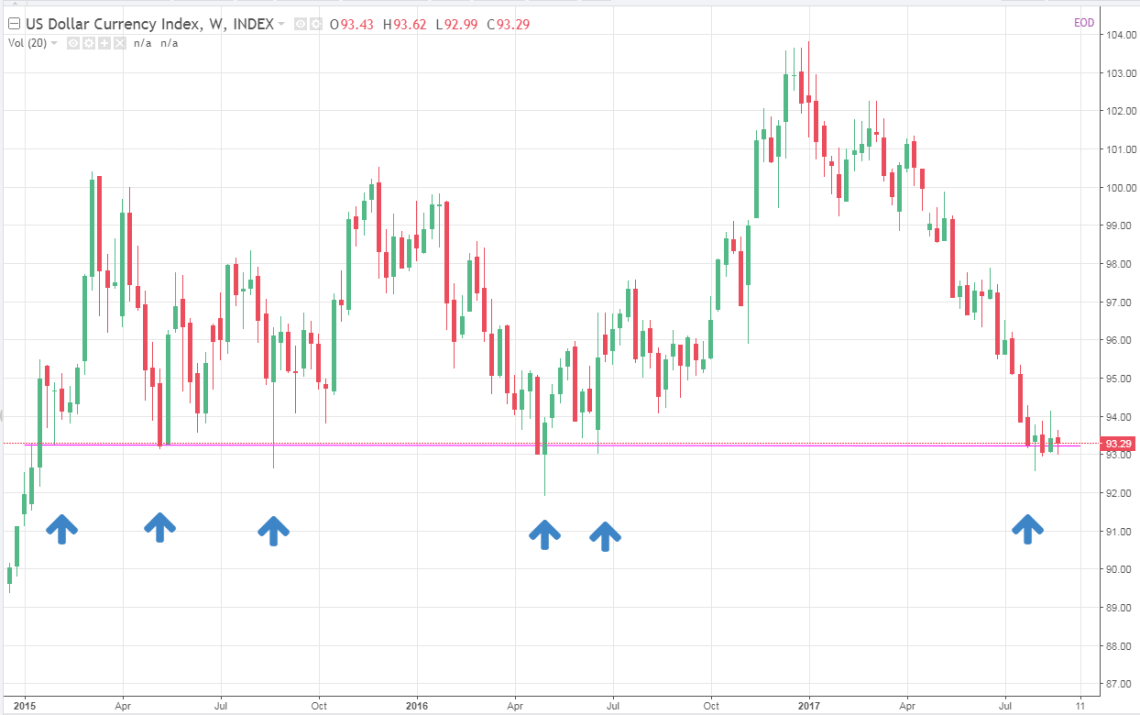 Data has been more or less USD supportive especially labour market which suggests rate hike talk from Yellen tomorrow is not unlikely.

Central Banks head honchos have once again gathered to coordinate global tightening. In the face of such effort the Bond market looks fragile and  a dip almost given. USDJPY has great potential to climb in the face of such an event. Targeting 110.60 area as the trading sessions gear up.

Risk to the trade

Markets have priced in CBs intentions to some extent. However should the speakers not come across strong enough or refrain from giving too much away, then there is a case for a 2-sided spike with zero traction.

Good Luck To Us All