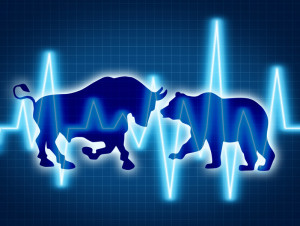 Just like candlesticks cover different timeframes sentiment does too. There is always an underlying long-term sentiment and there is a daily sentiment.

When studying sentiment analysis we try to answer 1 question only; Is it good for future growth or is it bad? Sometimes there is no strong bias and that is absolutely fine.

Sentiment analysis focuses on the current perceived value of future events. Thankfully it’s less of an art and more like plowing through articles and checking data. Always focusing on the main theme. There is no interpretation needed it should stand out and be very clear what market participants are thinking.

Before we start with the tutorials there is 1 distinct difference between sentiment analysis and technical analysis. The difference lies in the recourse utilized to draw information from. For analyzing sentiment we use top news wires such as Bloomberg, Reuters, and respected market analysts and their accompanying commentaries. There are subscription-based sources that gather all necessary information and data into one accessible package and there is free available material. Any and all of our sources should echo 1 clear tone.

All of those headlines send one very clear message: USD is extremely bullish and YEN is under pressure. With sentiment favoring US dollar and yen negative there was only one path for USD/JPY and that was up. 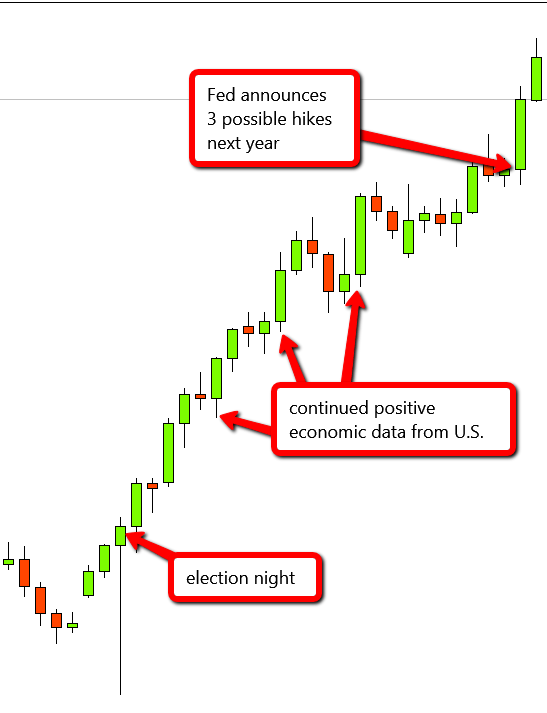 These headlines and more USD supportive data dominated news wires after the election and sparked a buying frenzy that sent USD/JPY up 1200 pips over a period of 3 weeks. With a strong positive U.S. sentiment door opened for bulls to keep bidding this pair up.

-Oil rising on the back of a potential production cut

-Commodity traders eyeing WTI $50 in the wake of Opec meetings

–Eurozone under pressure from Italian Referendum, Italian pm Renzi will resign if he losses

-Gov. Poloz (Bank of Canada-BOC) comments that rising oil prices lifting pressure on central bank to make any monetary adjustment in the near future

These headlines have been in traders ears over several weeks. As the Canadian dollar closely follows oil prices with a possible production cut and no monetary adjustment from BOC the path of least resistance was up. Following recent developments in the Eurozone, Italian referendum and bank collapse pressure, the euro was getting sold hard across the board. 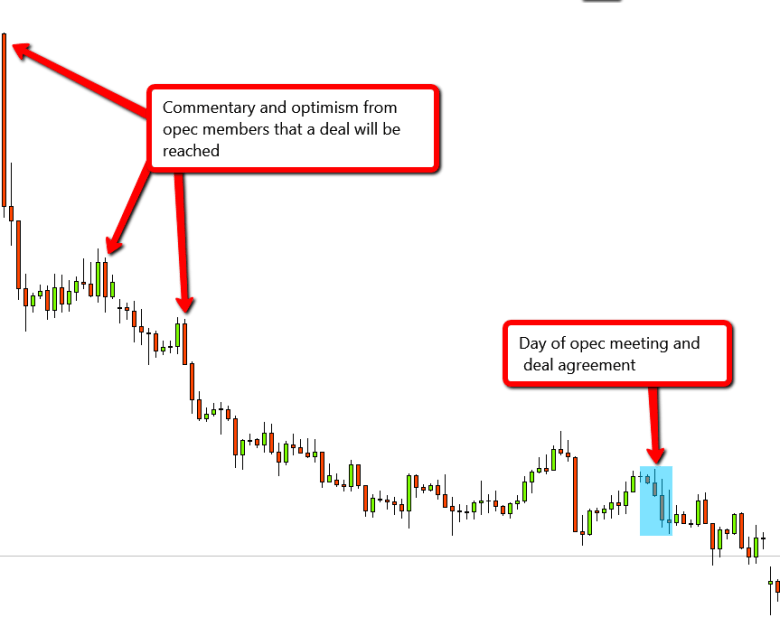 EUR/CAD dropped over 1000 pips in the run-up to the Opec meeting and a further 100 pips on the day of the meeting upon reaching a production cut. With continued negative sentiment for the Euro and very bullish sentiment for the Canadian dollar. Traders took the pair down.

-High Court decision due today on invoking article 50 (UK’s PM May, wants to trigger article 50 and follow through with a swift and hard Brexit, however, parliament believed they should have a say on how and when this should happen and lean towards a soft Brexit)

-It’s been heard one of the ruling Judges said that the people (ie; parliament) should have a say on invoking Article 50

-UK economy has been extremely resilient in the wake of the Brexit vote and continued better econ. data is keeping GBP buoyant

-The Canadian dollar has been somewhat subdued as of late, dominated by ranging oil prices

GBP/CAD has suffered an overnight flash crash a month ago but since then has traded up. The sentiment is overall weak on this pair but with the high court decision ruling leaning towards a parliamentary approval, this pair is gaining traction. 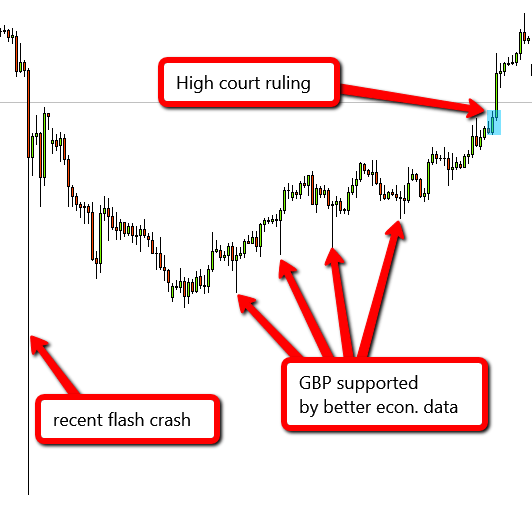 The high court ruled in favor of parliament and MP’s approval. On the back of this news, GBP/CAD leaped 130pips instantly and another 200pips the following trading sessions.